It has been an incredible strange and tough year for nearly everyone. The corona-crisis has affected many lives around the world, including ours.
At 2-inch we have been very fortunate to have been able to keep doing what we love the most: Creating compelling stories, films, videos and campagnes. When the holidays came creeping around the corner, as creatives, we could not resist to create a short film —a single shot, in fact (shot with the ARRI Amira)— as a Christmas and Happy New Year greeting from us at 2-inch.
You can watch it below:
The idea to show Jesus on his birthday, while he is celebrating his birthday party all alone due to the corona-crisis, popped in my mind rather quickly when DP Willem Tiemersma asked me if I had a any ideas for a short film in which we could send everyone our best wishes.
Initially I wanted to show Him in the middle of the frame and sitting on a couch. We planned on adding a Christmas tree somewhere in the foreground to create some depth and a statue of Mary, His mother, literally and figuratively watching over Him.
The composition I had in mind, was almost like one of the well known paintings and fresco’s on which Jesus Christ has been pictured throughout the ages.
But the times have changed since those paintings were first made, so eventually, with DP Willem Tiemersma, we chose a more modern look & feel, that not only reflected 2020 a more, but also 2-inch.
Apart from the single shot, several 'stills' have been added that have some short holiday texts on them. This way, the concept became a little bigger and has something of that of a small campagne, instead of ‘just’ a single shot  short film.
The stills have been shared as stories on social media, to accompany the 'Happy Birthday to Me' film.
They can be seen below: 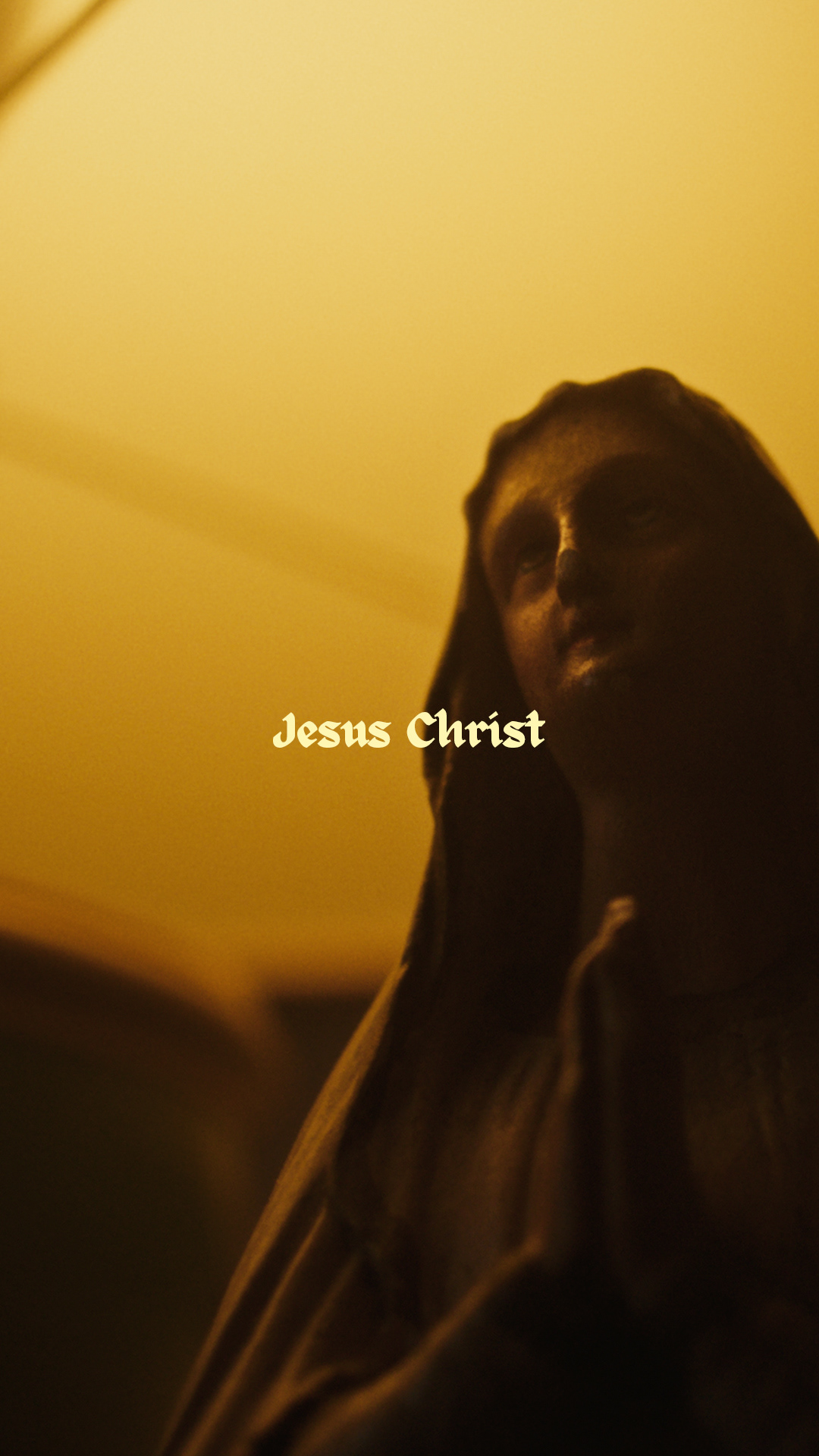 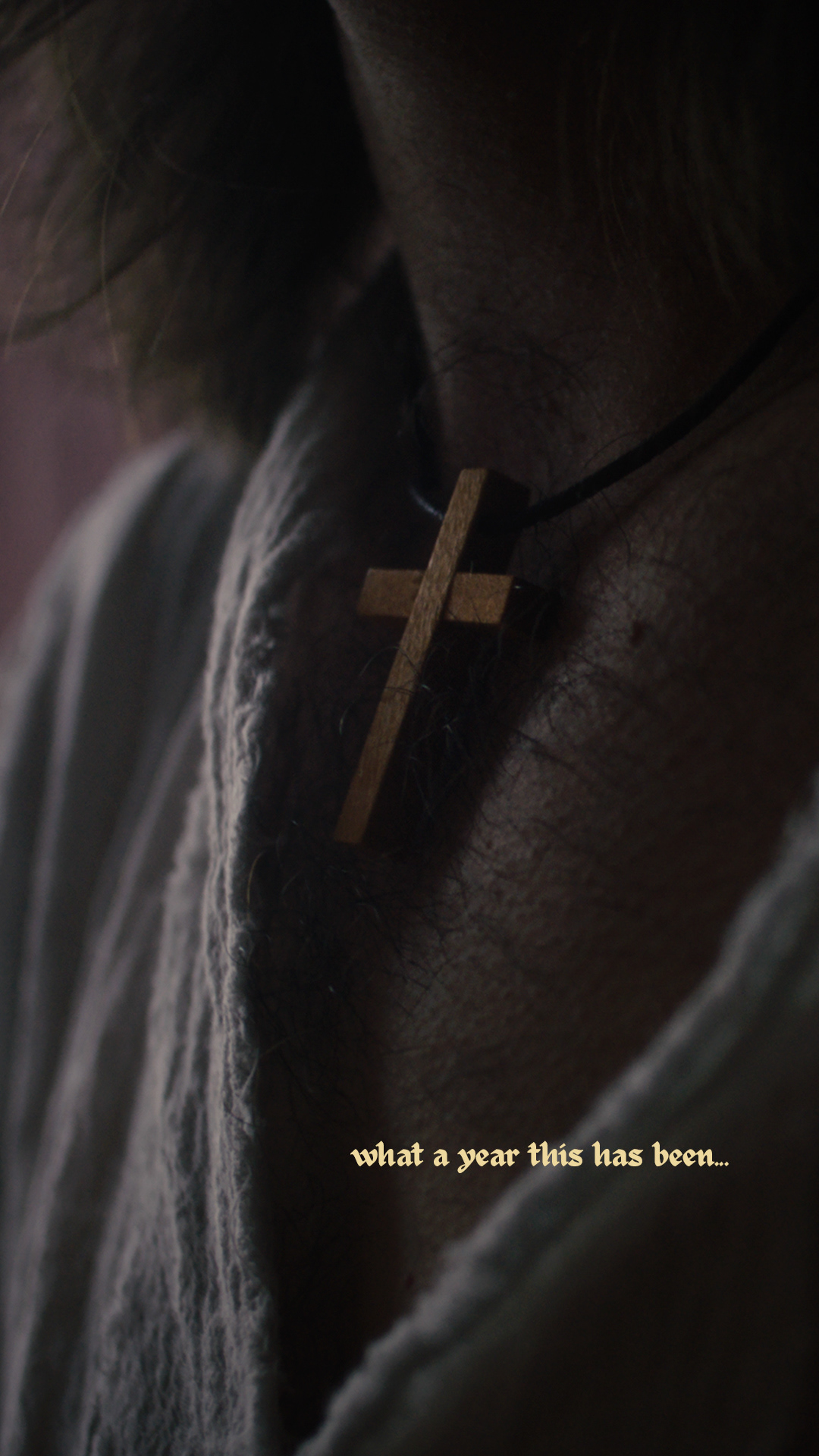 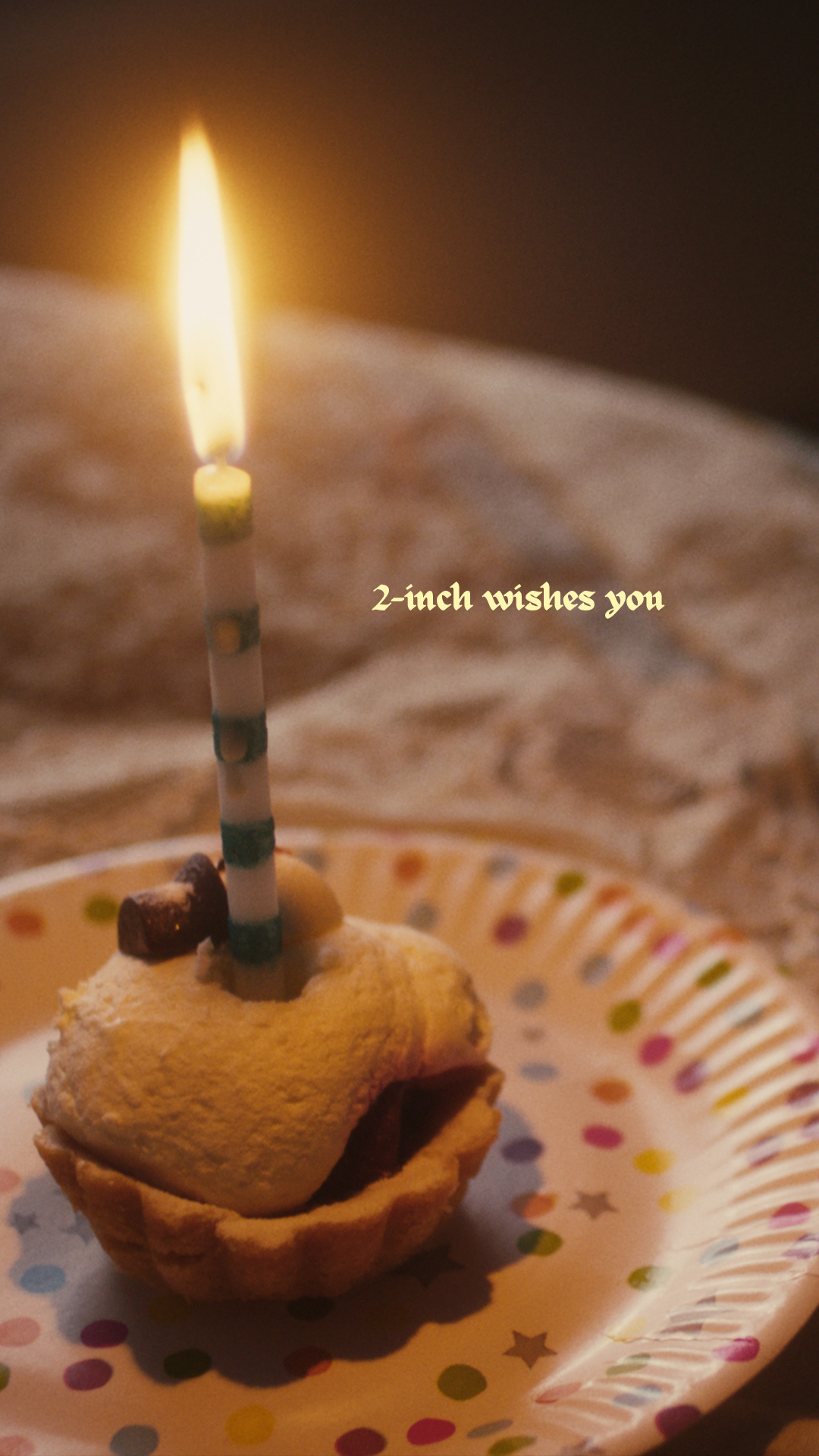 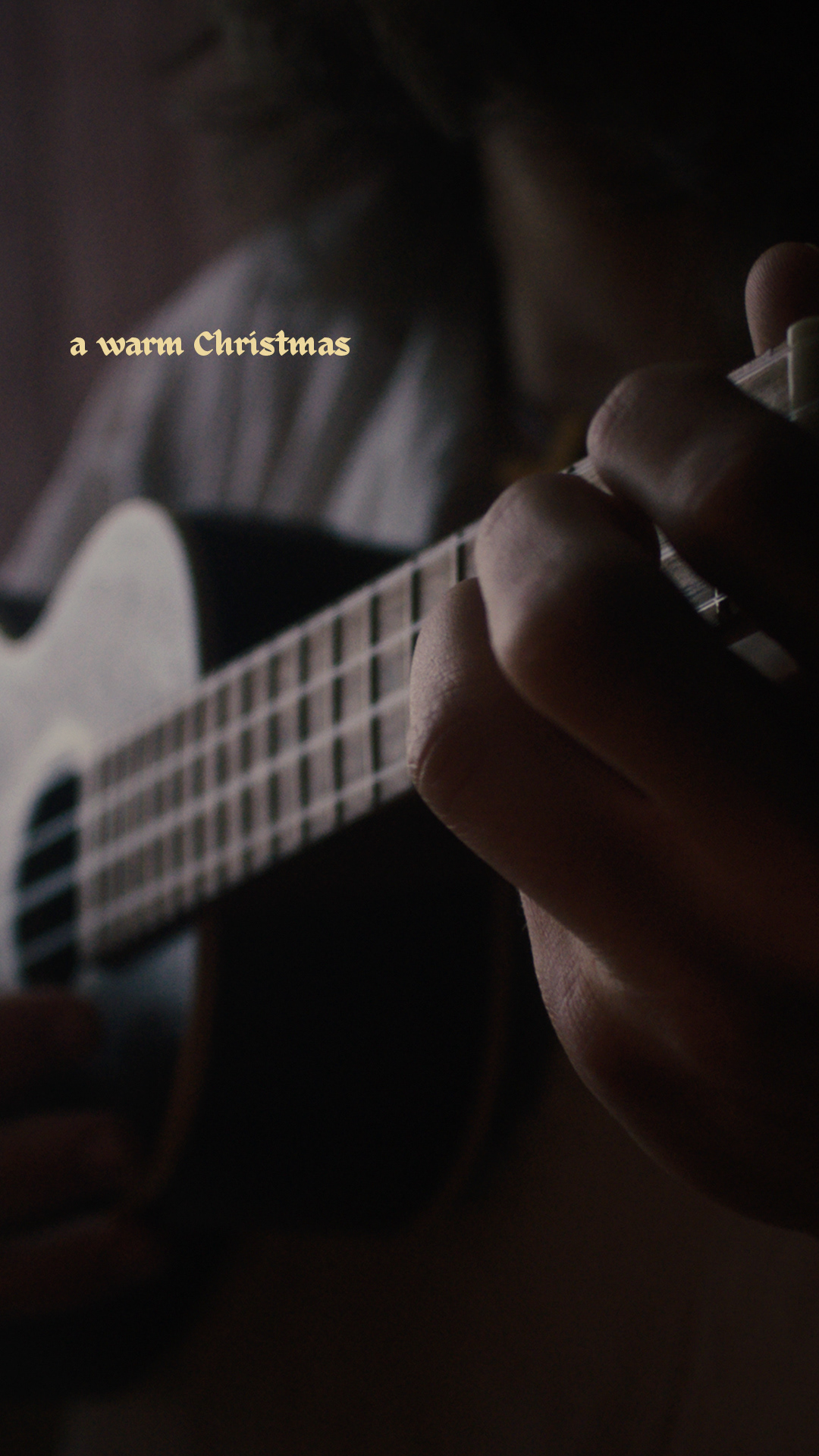 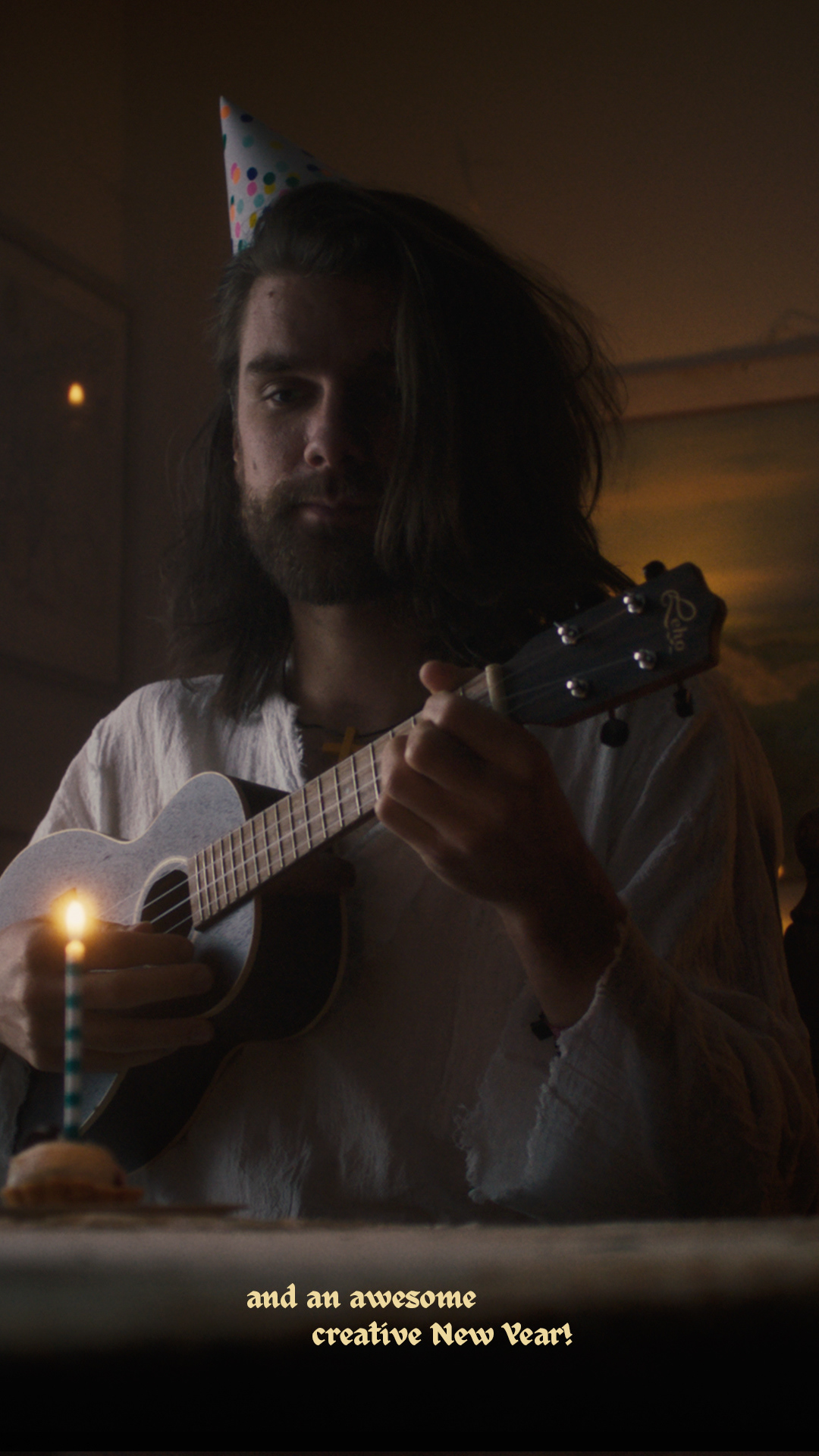 Above: The Instagram Story version of the 'Happy Birthday to Me' shot.

Why I Love Film

What Matters To You?

On Photography
↑Back to Top